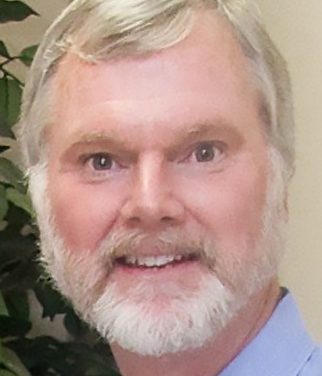 Dr. Robert Lesslie practiced in Rock Hill since 1981. He received his medical degree from the Medical University of South Carolina and continued his training in Greenville, SC and in Charlotte, NC where he was chief resident at Charlotte Memorial Hospital.

Dr. Lesslie was board-certified in emergency medicine by the American Board of Emergency Medicine. He also specialized in occupational medicine and received his Master’s in Public Health in 1999 from the Medical College of Wisconsin. He was a certified Medical Review Officer for drug and alcohol testing and a Certified Medical Examiner for the Department of Transportation. For more than a decade, he had been writing newspaper and magazine columns and human-interest stories.

Dr. Lesslie lived in Rock Hill with his wife, Barbara and their golden retriever, Moses, several miniature horses, goats, donkeys, chickens and a lot of bees. They were parents to four grown children and eight growing grandchildren. He enjoyed golfing, traveling and bagpiping. He was a regular columnist for YC magazine, an active member of his church, as well as an accomplished author. His series of books offer hope and wisdom for his readers’ overall health and well being based on his years of experience in the field of medicine. 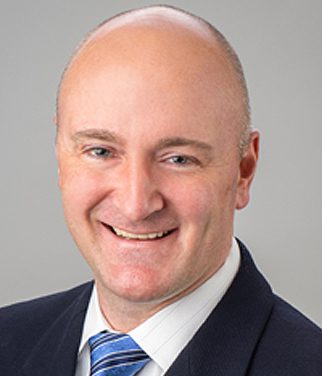 Dr. Jason Given was born and raised in British Columbia, Canada and graduated from Princeton University with a degree in Chemical Engineering in 1999. He was a professional hockey player for the Columbus Cottonmouths and worked in the mining industry before beginning medical school in 2003 at Saba University in Netherlands-Antilles. Dr. Given went on to train at the Greenville Hospital System Family Medicine Residency Program in South Carolina, where he was also chief resident.

Dr. Given joined Riverview Medical Center in 2011. He is board-certified in Family Medicine by the American Board of Family Medicine and is a Certified Medical Examiner for the Department of Transportation. 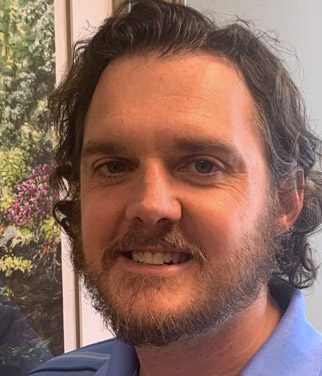 Jeff is a native of Rock Hill and after graduating from NC State University moved back home to begin his career in healthcare management. His healthcare career started at Riverview Medical Center as the Director of Development. After years of helping to grow Riverview’s Senior Care and Hospice services in the community, the Lord opened the door for Jeff to step into this role.

Jeff says, “Hospice and Palliative care are such important services in a very precious time for a family. I’m honored to have the opportunity to help a family in any way I can during these times. This is a ministry that seeks to treat the whole person, and we strive to do just that.” Jeff lives in Rock Hill with his wife where he enjoys the outdoors and playing music. 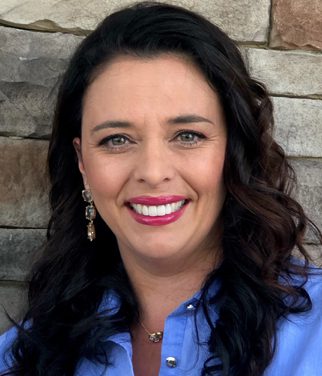 Fabiana was born and raised in Sao Paulo, Brazil and her entire family relocated to the United States which she has called home for over 30 years. While achieving a Bachelor’s degree in Early Childhood studies, she found her passion for medicine. After achieving her Bachelor of Science in Nursing at the University of North Carolina – Greensboro and providing patient care in numerous healthcare environments she decided to pursue her Master of Science in Nursing at the same university. She has been practicing as a Nurse Practitioner in the Fort Mill and Rock Hill area for over five years after she and her family relocated to this wonderful area. Her guiding principles are building rapport and respect with patients to provide the best care possible, while always focusing on quality of life. In her time off she lives for her family, including husband, 3 children, 1 dog and 2 guinea pigs. She will spend most of her time in the kitchen cooking and listening to music. 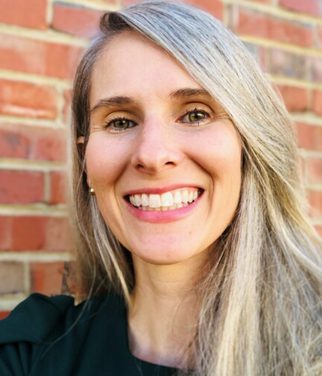 Avee is originally from southern Virginia and has lived in many places throughout the US following passions and dreams of walking out life with other people through music and medicine. Her undergraduate degree from Radford University is in music therapy, where she first fell in love with hospice. She earned her Physician Assistant degree in 2010 from Philadelphia University and has since worked in pain medicine, internal medicine, family practice and urgent care. She is thrilled to be returning to palliative care and hospice, this time as a medical provider. Everyone deserves kind, compassionate care, especially when dealing with chronic illness, loss of function and pain, or starting the journey home. Avee’s other big job is being a mom to two of the sweetest kids on the planet! She enjoys songwriting, hiking, camping and just about anything outdoors. 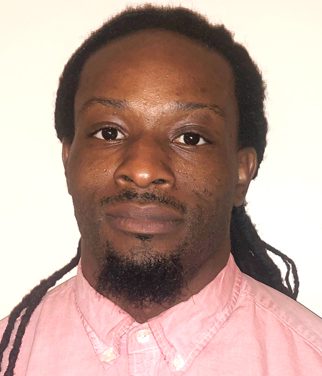 Over the past five years, Dominic Simon has worked as a Medical Social Worker in various capacities. Born in Philadelphia, PA and raised in Sumter, SC by his Great-Grandparents, Dominic enjoys traveling and spending time with his family. His other passions include counseling and charitable outreach. His goal is to continue to aid his community for the comfort and prosperity of all people. 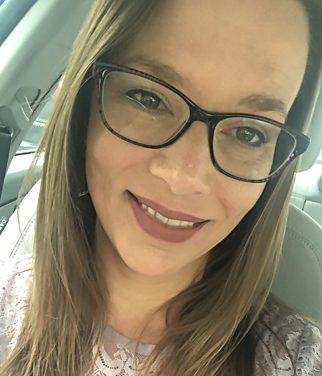 Christi has experience in providing Critical Care, Home Health, and Hospice services as well as specializing in quality and compliance. Christi graduated from the University of North Carolina at Charlotte with a Masters Degree in Nursing Administration and a Post Masters Certificate as a Nurse Educator. She has 4 children and enjoys photography, outdoor activities and reading. 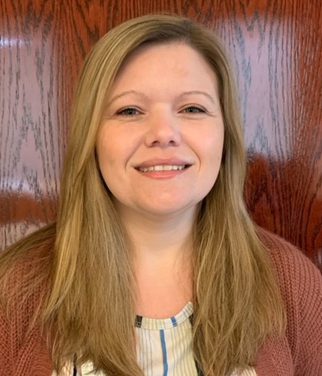 Barbara has been a nurse for 13 years and has a background in med/surg, ER, Hospice Nursing, Hospice Quality Improvement, and Hospice Management. Barbara is married with 2 daughters and enjoys spending time with her family, reading, and traveling. 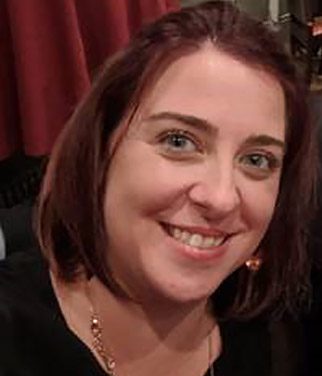 Katie was raised in Kannapolis, NC and graduated from Cabarrus College of Health Sciences in 2008 with an Associates Degree in Nursing. She began her career working on a med surg unit at Carolinas Medical Center Northeast where she quickly found her passion in hospice nursing. Katie went to work for Hospice and Palliative care of Cabarrus county, and after the birth of her daughter decided to be a stay at home mom.

She moved to Fort Mill 5 years ago with her family and their only regret was not making the move sooner. They love this area! She recently returned back to work after 10 years and is quickly remembering how much she loves what she does. Katie looks forward to serving you and your family! 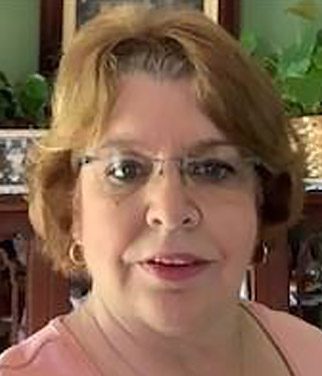 Vicky has been a hospice nurse for 23 years and has obtained her certification in Hospice and Palliative Care.

She enjoys spending time with her family but especially her grands! She and her husband also enjoys Bluegrass, Clemson football, the Panthers and traveling. 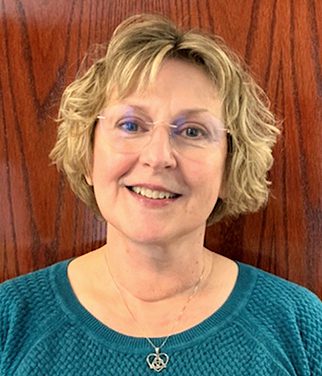 Tina has been a registered nurse for 29 years and has worked in many roles, but she found her home with hospice care. Tina is passionate about helping her patients and their families during this time of transition in their lives. Tina enjoys music, reading, & traveling to the NC mountains. 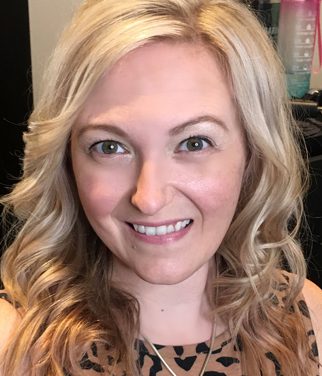 Kerrie has 18 years of nursing experience in multiple roles. She found her calling for hospice in 2020 and loves caring for her patients and their families. In her free time, she loves doing different activities with her son, her fiancé and his daughter. She also loves to watch football, her favorites being Clemson, the Carolina Panthers and the Buffalo Bills. Kerrie also enjoys traveling, cruising and singing karaoke. 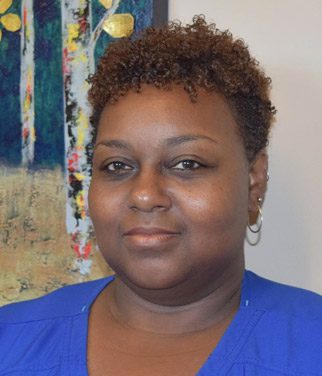 Misha is the vital part of the Riverview Hospice Team. She has 23 years of experience. Misha truly embody the meaning of Hospice. She enjoys time with her family and is very involved with her local church. 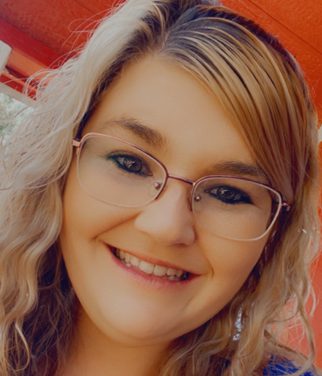 Heather has been a hospice CNA for 5 years and in a healthcare setting for 12 years. She has two beautiful children and enjoys spending her free time shopping and spending time with her children and family! 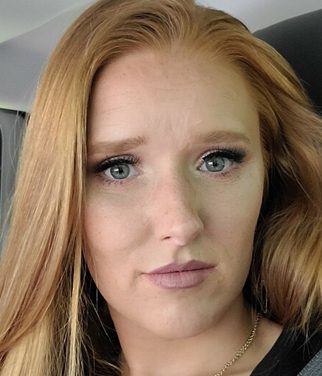 Originally from Geneva, OH, Nikki moved to South Carolina at the age of 14. She has been a CNA for over seven years in various settings and is continuing her education in nursing at York Technical College in Rock Hill. After getting her Associates Degree in Nursing she plans to start her Bachelor’s and eventually obtain her Master’s degree in Nursing. When she is not at work or studying, Nikki is spending time with her family. She enjoys reading a good book, watching movies, hunting, and fishing.

“Riverview Hospice was amazing during my mother’s last months. They were compassionate, professional, and provided us with help and guidance we didn’t know we needed. My mother’s care was coordinated seamlessly. The nurses were outstanding. They stood by us and communicated with us and my mother’s facility beautifully. We will always be grateful for the light they brought to us during a difficult time.”

If you would like to read the words of Dr. Lesslie for stories of inspiration, miracles and hope, as well as words of wisdom and medical advice, you can do so here:

All Books By Dr. Lesslie >

Our staff is here to answer your questions. Call us or send an e-mail today!

*NOTICE FOR DIALING 803 AREA CODES:
You must now add (803) from your landline or cell phone when dialing our number.

When you need hospice or palliative care for medical issues, Riverview is here to assist you. We’re based in Rock Hill and proudly serve York County, Chester County, and Lancaster County.